Check out some news and notes from dozens of our alumni. Got news to share? Complete our Alumni Update Form, and let us know where you’ve danced and what you’ve been up to! 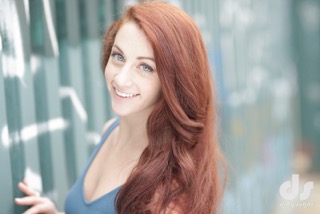 Kathryn Ann Key graduated with her bachelor’s in dance in fall 2012. She has since appeared in several tours, on cruise ships, and on network television.

Where are you based now?

Right now I am based out of a 2016 Ford Focus rental car while on tour! However, I call New York City my home base.

What have you been up to since you graduated and how did UA prepare you for it?

After graduation, I moved straight up to New York City to start the Professional Semester Program at Broadway Dance Center. After finishing the program I booked a few tours including The Smurfs Live, Alvin and the Chipmunks The Musical, and a few different Disney Live! productions. I have also been apart of a hip hop group (Rhythm City) and danced for several music videos of local artists out of NYC.

I loved how Alabama brought in other choreographers and different industry people. This helped in getting first hand knowledge of the current jobs out there. Having that inside knowledge along with the support from Cornelius [Carter] and John [Virciglio] meant the world. Throughout my career I’ve reached back to my Alabama roots to seek out help, advice, and a string pulled every now and then.

What has been your favorite professional gig?

My favorite professional job was the one I just finished dancing on Holland America’s Cruise Line with RWS Entertainment. It was my favorite because the cast I was working with was one of the most professional uplifting groups I had ever been apart of. The traveling was nothing short of amazing and I booked another job through the guest entertainers on the ship.

The audition process was four years in the making. I auditioned for RWS Ent. in the spring of 2013. Franklyn was the casting director in charge and I made it through the four-cut process of the audition. We spoke after the audition and I had high hopes; however, the very next week I received a contract for Disney Live! so therefore I could not take the contract RWS Ent. offered me the following week. Fast forward three years, I saw another audition for RWS Ent. coming up and my agent at the time sent me in. Franklyn saw me and yelled “Where have you been??!” I had missed the past few open calls because of previous jobs or no availability. But I knew this was a company I wanted to work for and so I never gave up on my dream.

What advice would you give current students?

You never know who remembers you or what impressions you may have made on them. You begin your audition the moment you walk out the door. Someone who is riding the train with you might be the choreographer. The person getting coffee in front of you might be casting the next big Broadway hit. Or the lady who tried to catch the elevator and you let it close might be the casting director upstairs. It’s important to remember manners, graciousness, and professionalism. I have found that this matters more than your technique in most cases. Hundreds of girls can turn, leap, and tilt but are they accompanied with an ability to be humble and thankful? Producers and directors like to work with talented dancers, of course, but if you have an amazing and professional personality as well, then that’s when you continue to book gig after gig.

I am a proud alumni of the University’s theatre and dance program. I have been blessed and booked during and after my time at Alabama. I am currently on tour right now with TV celebrity magician and illusionist Joseph Réohm as his choreographer and assistant. We tour throughout the east coast and even had a show in Alabama! I love teaching, talking through my experiences, and answering any questions students may have about life in New York City, on tour (national or international), or on a ship. If you want to know what life may be like after college please follow me on Instagram (@kathrynannkey) to see my upcoming work!

Browse this list to see where University of Alabama dance students have performed!

So You Think You Can Dance (Top Finalist); Hollywood Dance Jamz Competition/Convention (Teacher/Adjudicator)

We Will Rock You National Tour